Home > Claims - Personal Injury > What is a Claims Assessor?

What is a Claims Assessor? 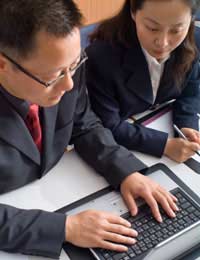 The UK's apparent 'compensation culture' is a significant national concern. On one hand there is a deeply held sense that an abundance of compensation claims is making life difficult for businesses, while on the other there is a conviction that an easy recourse to civil justice for the victims of malpractice can only be a good thing. Regardless of one's standpoint, the growth of 'claims assessors' and 'claims management companies' has added fuel to the debate.

The role of a claims assessor is not legally defined. In many cases 'claims assessor' and 'claims management company' are used interchangeably; the purpose of both is to aid consumers in making compensation claims. (Claims assessors in this sense should not be confused with the insurance industry employees of the same name; this is an entirely different occupation.)

Perhaps the most significant distinction between assessors and management companies is their use of legal professionals. The latter will generally employ a solicitor, whether they are in-house or a third party, to work through the process of the claim. Claims assessors, on the other hand, tend not to use such legal professionals, and take the process into their own hands. This sounds like a significant drawback, but this is not necessarily the case; a reputable claims assessor should be able to handle a case proficiently, and sometimes more cheaply than a company which employs a solicitor.

As they tend not to use the services of a solicitor, a claims assessor will not be able to take legal action on behalf of their client. As a result, you would essentially be employing the firm to negotiate on your behalf with the party against whom you are making a claim. This negotiation is a form of Alternative Dispute Resolution (ADR), meaning that it offers a potential way to solve civil disputes without the necessity for full legal proceedings. ADR is covered in more detail elsewhere on this site.

There are several advantages to negotiation of this type; primarily, the cost is lower as the need for a solicitor is removed. Secondly, claims tend to be dealt with in a more timely manner due to the long waiting list for the courts.

There are, however, significant drawbacks to both the negotiation process and the use of a claims assessor. Negotiation in itself is not guaranteed to produce a satisfactory outcome; it relies on the principle that both parties can come to a mutually acceptable agreement. Obviously, this sometimes fails. If this occurs but you want to pursue your claim, the only way to do so is through the courts - and the claims assessor will not be able to do this for you. Thus, you may well end up paying more than if you had used a claims management company with a solicitor in the first place.

The payment of claims assessors is itself another potential drawback. Most assessors work on the basis that they will be paid from any compensation award; if the process is not successful, they will receive nothing. However, not all firms work in this way - some will require an initial outlay, while others will require you to take out an expensive insurance policy to ensure that you can pay the other party's costs in the event of failure. It is vitally important, therefore, that you fully investigate the firm's payment terms before agreeing to do business.

Finally, it should be remembered that under the Compensation Act 2006 all claims assessors must be registered. You should always check that a company with which you might have dealings is registered in this way before contacting them.