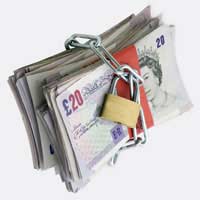 Sometimes accidents happen when we are young and subsequent compensation claims that are made are awarded but cannot be paid until we reach a specific age.

This type of compensation claim is made and held in what is known as trust until we reach the designated age laid down by the magistrate in the original compensation hearing.

Why Hold Compensation Claims in Trust?

The main reason for holding the awarded sum of money from a compensation claim in trust is the age of the individual being awarded it. Many children who have for example broken an arm or leg may be awarded a lump sum but may not be able to collect it simply because the magistrate in charge feels that they are too young to cope with being given such a large amount of money.

Children as we know enjoy spending money so awarding them a large payout can only lead to their frivolous spending of said money without planning for the future. One of the reasons magistrates put such money into trust is so that the child or children in question have something to fall back on when they reach the required age which is normally 18 or 21 depending on the nature of the pay out.

Why Can’t My Parents Look After My Money?

Quite simply the money is for you – if you were the child involved in the accident or incident which required a compensation payout to be made. It has not been unknown for the parents of a child who has received a payout to spend the money without their child’s consent or indeed whilst pretending to have the child’s consent.

The outcome here is the same as if the child was given the money themselves; it would simply be spent without due consideration as to the child’s future.

Receiving Money Before the Specified Age

Depending on the circumstances surrounding the compensation claim you may receive an agreed amount. The amount agreed would have to be considered acceptable by all parties concerned: insurance company, the child’s parents or guardians and also the magistrate.

If the amount is agreeable then the money is released into the care of the child’s (or child’s family) solicitor so that he or she may distribute the money in accordance with the wishes of the magistrate. The solicitor may also be responsible for the maintenance of the child’s bank account if he or she is not of sufficient age and will also act as liaison between the insurance company’s solicitors and the family involved.

What Happens To The Interest on Any Money in Trust?

Again this depends entirely on the conditions laid down by the magistrate at the time of making the compensation award. The normal course of action is to allow the money to accrue on the account in which the compensation money is being kept with tax being paid yearly on the interest therein.

Alternatively the magistrate may wish to make an arrangement whereby the interest amount is paid to the parents of the child involved at the end of each financial year after tax has been deducted from the amount.

For more information you should consult with a solicitor on how the monies awarded from a compensation claim are paid out or alternatively speak to a member of your local Citizen Advice Bureau.

Legalisation of 'No-Win, No-Fee'
Share Your Story, Join the Discussion or Seek Advice..
How do you go about if your child has attained the age of 18 years and the lawyer handling the case has refused any comunication concerning the childs compensation yet he was awarded the money but the solicitors handling the case have refused to say anything.Is there anyway i can get them to communicate?
DEE - 15-Oct-17 @ 4:45 PM
@Kevin what kind of trust is it being held in and where? Can you or your daughter not contact them and explain. Did it not say at the time the compensation was awarded, what you should do to retrieve it?
lee - 22-Aug-14 @ 9:54 AM
It's not really a comment but on your pages you don't say how to go about getting the money once the person has become of age. Can you help me please. It's not for me, it's for my daughter. Hope you can help. Kind regards Kevin Lawlor
n/a - 21-Aug-14 @ 1:19 PM
Title:
(never shown)
Firstname:
(never shown)
Surname:
(never shown)
Email:
(never shown)
Nickname:
(shown)
Comment:
Validate: