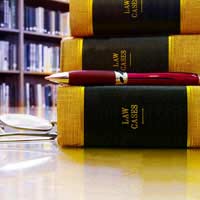 Bringing a case to court, regardless of its nature, can be an expensive proposition. This applies not only to criminal cases but also to statutory complaints regarding personal injury, occupational injury, or any other compensation claim. The 'legal aid' system, under which those who cannot afford to bring a case because of their financial system are entitled to assistance from the public purse, has been significantly compromised in recent years; the entitlement threshold has fallen steadily since the establishment of the system, and it has become less easy to satisfy those who disburse the funds that a case is worth paying for. This process finally culminated in the withdrawal of legal aid for personal injury claims in 2000. This has reduced many individuals' access to the justice system.

In response to this growing problem, 'no-win, no-fee' arrangements were legalised in the Courts and Legal Services Act (1990). No-win, no-fee arrangements are more accurately known as Conditional Fee Arrangements (CFAs), and essentially allow for agreements in which it is specified that the payment of all or some of the solicitor's fees is conditional upon the complaint of the individual bringing the case being upheld. This supposedly means that complainants making a case under a CFA should not have to be concerned about bearing the cost of the case as the solicitor's fees will be taken from the compensation award.

The legalisation of CFAs has had a number of profound effects on the level and success of compensation claims in the UK. In the first instance, it should be noted that the scheme has succeeded in its aim of increasing access to the judicial process for those who fall outside the bracket in which legal aid is available, or for those who wish to make a personal injury claim. However, the introduction of CFAs for compensation claims has also had some significant negative consequences. One of the most fundamental of these is the way in which so-called 'claims management companies' have been able to exploit the system. These companies take on the entire claims process, often having in-house solicitors actually doing the legal work. However, it is now common for these organisations to pressurise consumers into taking out costly loans to finance the insurance that many companies demand. In some instances, the claims management companies have been cooperating with financial institutions to take commission from loan deals such as this.

CFAs and the 'Compensation Culture'

On a more basic level, however, the legalisation of no-win, no-fee arrangements has severely compromised the amount of compensation that actually finds its way to the complainant. Most solicitors now charge a 'success fee' on top of their normal fees, as recompense for the risk that they assume by taking the case on. As a result, once the solicitor's inflated fees have been paid, many successful complainants find that they are actually left with very little.

Finally, the introduction of CFAs has had a profound impact on the so-called 'compensation culture'. As the initial cost of bringing a case has fallen, claims management companies and solicitors have found that it is effective to encourage individuals to make claims when in fact these complaints may be spurious. This in turn has fuelled resentment towards personal injury claims, which subsequently compromises the effectiveness of the process as a whole.