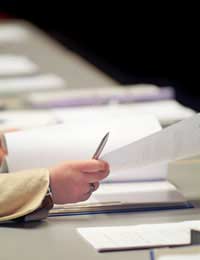 As a result of the powers created by the Health and Safety and Work Act 1974 (HSWA, the provisions of which are covered in more detail in an article elsewhere on this site), industrial tribunals are able to operate hearings regarding health and safety complaints. The complaint brought concern an alleged breach of the Act.

Industrial tribunals represent another potential way in which employees can bring complaints against their employer without incurring much of the cost that is associated with a court case. However, in recent times it has become more common for both the complainant and the defendant to employ lawyers to act on their behalf. As a result, the potential costs can still be high. These costs can be mitigated, however, by a number of factors. In the first instance, legal aid is available in cases in which it is judged that either party is incapable of paying for representation.

However, it should be noted that the state will not arrange for the actual representation; rather, they will pay for lawyers that the complainant or defendant has arranged themselves. Alternatively, if the complainant is a member of a trade union, this organisation should be able to arrange and pay for representation from their members’ subscriptions.

The tribunal procedure is not overly complex; the rules regarding the way in which the event will take place are given in the Industrial Tribunals (Rules of Procedure) Regulations 1985. According to these regulations, tribunals will generally consist of a pre-hearing and a full hearing.

Prior to the pre-hearing period, the complainant will make an application to the tribunal. In this application they will set out the nature of their complaint, as well as details of what they expect as recompense. The respondent will be given a copy of this document, and they will have the opportunity to submit a defence. Furthermore, they have the right to demand more information about specific elements of the complainant’s claim.

After this exchange of documents has been completed, a date will be set for the pre-hearing itself. At least fourteen days’ notice will be given to both parties in order to allow them sufficient time to prepare their cases. During the pre-trial, any individuals who were present at the time of the event to which the complaint refers must be on hand to give evidence. The tribunal has the power to force individuals to appear as witnesses even if they object. At the beginning of the pre-trial the complainant will present their evidence and give details of the nature of the complaint. After this, the respondent will have the opportunity to present counter-evidence.

The full hearing will now begin; generally this will happen in public. This event will again begin with the complainant, who will give details of any statutes or precedents that apparently support the complaint, as well as repeating the nature of the case and the facts on which it rests. The witnesses will then appear, and will be cross-examined under oath.

The decisions of industrial tribunals should be made quickly; both parties will generally be told informally of the final decision on the day of the hearing. They will then subsequently be notified in an official written manner.It is important to remember that an industrial tribunal will not generally order that costs should be paid to a successful complainant. The most likely situation in which costs may be awarded is one in which the other party acted unreasonably during the course of the trial – for example, if they failed to give sufficient notice to witnesses. Furthermore, the respondent may be entitled to an award of costs if it is found by the tribunal that the case was so weak that it should never have been brought in the first place.