Home > Claims - Personal Injury > When can I Claim?

When can I Claim? 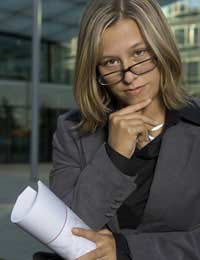 Personal injuries still account for the majority of all compensation claims in the UK. Considerable amounts of money are dedicated by claims management companies to advertising that targets individuals who have been injured whilst going about their day-to-day business. Many of these adverts give the impression that claims can be made in virtually any circumstance in which an injury has been suffered. However, this is not necessarily the case.

Compensation law is based on a complex interaction between precedent and statute. The legal basis for such claims has been established in a number of important cases, and has been codified and tweaked, for example with the Compensation Act of 2006. The circumstances in which a claim might be valid are determined by this legal framework.

Negligence and Duty of Care

At its heart, compensation law rests upon the concepts of ‘negligence’ and ‘duty of care’. The latter is a universal responsibility that requires individuals and organisations to do no harm to anyone else when this is ‘fair, just and reasonable’. For example, the organisation with responsibility for running a public building has a duty of care to those members of the public that choose to use it; it is the organisation’s responsibility to ensure that the do as much as is ‘reasonably practicable’ to ensure that individuals can use the building safely. A party is said to be negligent when they breach this duty of care and an injury or loss is sustained as a result.

As can be seen, the key factor when considering when you can claim for a personal injury is the establishment of this breach of the duty of care. In most cases it is easy to demonstrate that a duty exists, for the reasons stated above, but a claim can only be successful if this duty has been breached.

Furthermore, it must be shown that an injury or loss has been demonstrably sustained; again, this tends to be easy to prove. Finally, ‘causation’ must be established – that is, it must be proved that the breach of duty was the cause of the injury.

It should also be noted that claims can still be made if the claimant was in part responsible for their injury. If both you and the defendant were at fault then a court might still find in your favour, but any payment will be mitigated by ‘contributory negligence’. This means that any damages awarded will be reduced by an amount commensurate with the proportion of negligence assumed by the complainant.

The time at which an individual can claim compensation for a personal injury is also determined by law. There are strict time limits for all compensation claims, although these sometimes change in the light of new medical discoveries.

If, however, an apparent breach of duty leads to an ailment that is not discovered until later, then the period will begin from the ‘date of knowledge’; that is, from the point at which the ailment is connected with the breach. More detailed information on time limits for claims is available in an article elsewhere on this site.