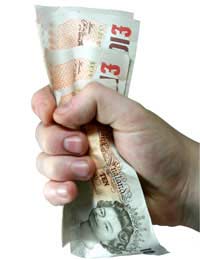 It is common to hear complaints about the apparently burgeoning ‘compensation culture’ sweeping the country. The media frequently cover stories of ridiculous compensation claims, suggesting that these characterise claims generally. Furthermore, there is a general sense that the cost of these claims is being picked up by the public at large.

In the first instance, it is important to note that it is, in fact, highly unusual for particularly spurious claims to be successful in court. There are strict rules regarding compensation qualification, which are detailed elsewhere on this site. Of more importance, perhaps, is the question of who ultimately pays for these claims.

In order to find out who foots the bill for compensation claims, we must first find out against whom the claims are being made. Insurance claims account for around 40% of all compensation cases, making them the most common type. After this, all of the other most frequent types of compensation claims are covered by government bodies of one sort or another; these include the NHS and the police. In some cases, government organisations pay compensation relating to incidents for which they were not actually responsible; this is the case, for example, for the Criminal Injuries Compensation Authority, which pays out to victims of violent crime.

Clearly, compensation claims made against government departments will ultimately come out of the taxpayer’s pocket. These claims are paid from the national coffers, which are filled in great part through tax. Indeed, compensation claims account for a fairly significant annual outlay from the state; the total cost of all claims, including those paid for by insurance companies, runs to around 1% of Gross Domestic Product.

Insurance claims, however, are not paid for by the taxpayer. Motor insurers, for example, have established a mutual fund from which they can pay successful claims made against their clients or against them. While this is not taxpayers’ money, it would be naïve to suggest that this expense is not passed onto the consumer; of course, this is absorbed into insurance premiums. In this way, while your taxes are not paying for motor insurance claims, if you own a car then you are certainly helping to cover the costs incurred by the insurance companies.

It is worth considering, however, where else the money for these claims should or could come from. It has been suggested, perhaps somewhat hyperbolically, that compensation claims cost the average household up to £500 per year. While this may sound excessive, it must be remembered that the entire population of the country basically consists of taxpayers and consumers. Even compensation claims made against corporations are ultimately paid for by consumers, as the cost of these claims will be passed on through increased prices.

The real question, therefore, is not who pays for the claims, but rather whether or not we believe that the right of individuals to make such claims outweighs the negative impact of the cost. This question is inextricably linked with that of the legitimacy of compensation claims generally. As is explained throughout this site, the rules governing compensation have been tightened significantly in recent times. As a result, the cost of the ‘compensation culture’ should begin to fall.