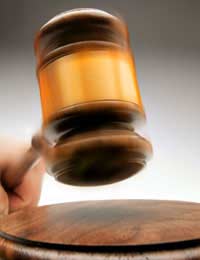 The concept of the ‘compensation culture’ has taken root in the public mentality to a significant extent. While certain sections of the media and certain politicians propagate the idea of this apparently new phenomenon, the government comes under pressure to respond to what many see as a growing crisis. The arguments regarding whether or not this compensation culture actually exist are covered in articles elsewhere on this site; this article deals with the responses announced by the government.

The government established the Better Regulation Task Force to consult on and investigate the causes and effects of the compensation culture. After the Task Force reported back, the government released a response outlining the ways in which they intended to act upon the recommendations that had been made. The paper, entitled ‘Tackling the “Compensation Culture”’, firstly emphasised that claims had in fact fallen, and stressed that there was no link between the compensation phenomenon and the Human Rights Act. They do not, therefore, advocate any action that would lead to the compromising of that Act.

One of the areas with which the paper deals most vigorously is that of medical claims. The government stated that they would respond by outlawing advertisements that encouraged individuals to claim against individual doctors. Furthermore, it proposed to act on the General Medical Council’s recommendation that doctors should no longer be allowed to take commission on referrals to particular solicitors. The government suggested that this would go some way to tackling the increasing number of litigations against health professionals.

In other areas, however, the government stressed that the root causes of the ‘compensation culture’ must be addressed. This means that more effective risk minimisation techniques should be employed by organisations, whether in the private or the public sector, in order to ensure that as few accidents occur in the first place as possible.

The role of claims management companies was also addressed in the government response. It was stated that the advertising techniques of these organisations should be more closely regulated in order that individuals are not encouraged to pursue claims that may not have any legal basis. Furthermore, the government stated that they would begin to place more emphasis on ‘alternative dispute resolution’ in order to prevent so many cases appearing before a court. It was suggested that this would help in two ways: firstly, the courts would not be clogged up with unnecessary claims; and secondly, cases in which the complainant’s primary aim is an apology and a change in policy, rather than financial redress, will be dealt with more efficaciously.

Finally, the government stated that they would attempt to encourage the media to report on the ‘compensation culture’ in a more responsible way. This would include making sure that statistics were not reported out of context or inaccurately, and would be linked to a drive to ensure that claims management companies and other legal professionals gave a true representation of the law regarding compensation in all of their advertising.

The full text of the government’s response to the Better Regulation Task Force report is available on the Department for Constitutional Affairs website.