Home > Claims - Crime Victims > In What Circumstances Can I Claim?

In What Circumstances Can I Claim? 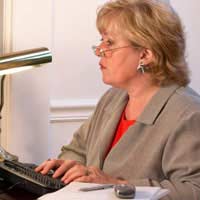 The range of instances in which compensation might be granted is wide-ranging. An applicant may be entitled to compensation if they have been injured, or if their property has been damaged or stolen. As can be seen, this covers a wide variety of crimes.

Primarily, it should be understood that the circumstances in which you might be able to claim compensation depend upon the offence. The Criminal Injuries Compensation Authority (CICA) deals solely with compensation applications from the victims of violent crime. If you are considering making an application to CICA, you should remember that you must do so within two years, unless there are mitigating circumstances such as that you were a child when the offence occurred. However, in order for an application for compensation through CICA to be successful, the offender does not have to have been prosecuted, or even caught; if your application fulfils the other criteria, compensation will be paid regardless of whether or not it is known who perpetrated the crime.

In other cases this is not true. The main channel offering compensation for the victims of non-violent crime is a court order against the offender. This comes about as a result of the victim’s declaration to the police that they would like to be considered for compensation. This is then passed onto the courts, which will make a judgement as to whether or not the application is worthwhile. If it is decided that it is, then a court order will be served on the offender under which they must pay the victim. Obviously, however, a successful application for compensation in this manner relies completely on the offender having been caught and sentenced. Similarly, victims can also launch civil proceedings against individuals in order to receive damages. These proceedings are heard in court but, unlike direct applications for compensation, the defendant does not necessarily have to have been found guilty of the crime. In this way, it is still possible to sue for civil damages even if the defendant is acquitted of criminal charges.

Finally, motoring offences are different again. If you are injured, or your property is subject to loss or damage, as a result of a road traffic accident, then you will generally receive payment from insurance. All too often, however, it becomes rapidly clear that the offender is uninsured, or alternatively that it is impossible to identify them. In these cases, however, all is not lost; you may well be entitled to compensation from the Motor Insurers’ Bureau, a publicly funded body established for that purpose.

More information on all of these routes is available on the UK Criminal Justice System website.