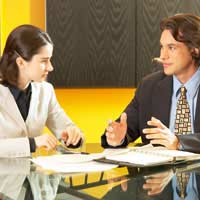 The Financial Services and Markets Act, passed by Parliament in 2000, is one of the most important pieces of legislation concerning the financial industry. As is discussed in an article elsewhere in this section, the Act established the Financial Services Authority (FSA), which serves as a regulatory body for a wide variety of financial service providers. The FSA does not, however, have the authority to pay compensation to consumers who have been mistreated by the organisations which it regulates. Instead, individuals must pursue compensation claims within the boundaries of the Financial Services Compensation Scheme.

The Financial Services Compensation Scheme (FSCS) was also established by the Financial Services and Markets Act, and is an independent organisation. In the words of the legislation that established it, the role of the Scheme is as a compensation "fund of last resort", entrusted with overseeing payments to consumers who have lost money as a result of the improper actions of a financial service provider.

The circumstances in which the FSCS will be able to make a payment are fairly specific. In the first instance, the firm against which the complaint is being made must be 'authorised'; that is, it must be regulated by the Financial Services Authority, or by one of the FSA's predecessors. Further information on the type of firms that might be included in this category is available in another article in this section. Furthermore, the Scheme will only make a payment for a successful claim when the firm itself is unable to meet the costs. In general, this means that the Scheme takes on responsibility for compensation claims against firms that have become insolvent - or, as the Scheme calls it, 'in default'.

If you are considering making a claim through the Scheme, you should first understand what is covered. In the first instance, the Scheme covers all deposits; if Northern Rock went into administration, for example, consumers who have deposit accounts with the bank would be entitled to compensation through the FSCS. Most insurance policies are covered, as well as insurance advice and arrangement. Finally, all investment business is covered by the scheme, as is mortgage advice and arrangement.

The Scheme can deal with all claims made by individual consumers against authorised organisations in default. It can also deal with some claims from small businesses. If your business is making a claim, then it is worth noting that the Scheme can deal with any claims against insurance companies where the complainant is the holder of a compulsory insurance policy, regardless of the size of the business making the complaint.

The process for making a claim will differ depending on the nature of the organisation in question. Further information regarding making a claim is available on several different articles in this section. Your first step, however, should be to check the FSA's register of authorised companies to make sure that the organisation against which you are hoping to complain is covered by the scheme. It should also be noted that any compensation you receive may not be equal to the money that you have lost; the amount that the Scheme is authorised to pay depends on the nature of the complaint. Again, details of the limits of the Scheme are available elsewhere in this section.