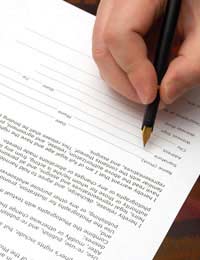 Financial advisors are, understandably, placed in a position of public trust. It is assumed that, when advice is sought from one of these firms, it will be sound. Occasionally, however, this is not the case. If you have lost money as a result of sub-standard advice from a mortgage advisor, however, you may be entitled to compensation.

Mortgage advisors, like most other financial services providers, are regulated by the Financial Services Authority. This means that they have certain responsibilities to provide adequate services and truthful advice to customers. As such, if you have lost money as a result of incorrect or insufficient information being given by a mortgage advisor, they are obliged by law to recompense you.

This can be achieved either through direct negotiation with the firm in question, or through the use of the Financial Ombudsman. Sometimes, however, financial institutions become insolvent. This leads to potential problems for consumers who believe that they have a claim against the firm in question.

The insolvency of a mortgage advisor does not necessarily mean that consumers will not be able to make claims directly to the firm. When an advisor can no longer afford to continue operating, they will appoint an insolvency practitioner to ensure that their legal duties in 'winding up' the company are discharged. In the first instance, complaints regarding advice should be directed to the practitioners. Part of their job is to ascertain whether or not the firm possesses sufficient assets to make compensation payments to customers.

The Role of the Scheme

If the insolvency practitioners decide that there are insufficient assets to meet your claim, your next port of call should be the Financial Services Compensation Scheme (FSCS). This is a government body charged with ensuring that consumers are compensated in the event of the insolvency of a financial institution. The Scheme attempts determines whether or not a firm is 'in default'; that is, if they are financially incapable of meeting their obligations to consumers. If this is the case, the Scheme is able to provide remuneration through public money.

Primarily, you should remember that the Scheme can only pay out to individuals who have lost money as a direct result of receiving poor advice. Being given bad advice is not, in and of itself, sufficient cause for compensation; actual financial loss must have been suffered. If you have lost money and the firm is found to be in default, the Scheme will be able to compensate you up to a certain amount. Details of the limits of the scheme are available in an article elsewhere on this site.

In What Circumstances Can I Claim?

It may be useful to provide some details of circumstances that may produce a valid claim against a mortgage advisor. The majority of claims with which the Scheme deals concern firms who have given customers incomplete advice. For example, a claim may be sustained if the firm had not informed the customer of the full range of mortgage options available, and the customer had subsequently lost money as a result of an unsuitable choice.

Similarly, many claims deal with basic incompetence on the part of the advisor; claims are likely to be upheld if the advisor has arranged a mortgage with terms different to those requested by the customer, for example a longer or shorter repayment period, and the customer has lost money as a result.

Finally, it is important to note that the FSCS's statutory ability to deal with claims concerning mortgage advisors was only established on 31 October 2004. As a result, the Scheme cannot deal with claims regarding incidents that occurred before this date.