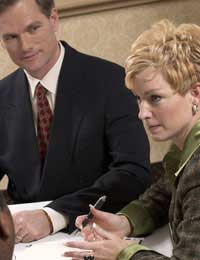 ‘No-win, no-fee’ has become one of the best-known phrases in modern British culture. Established in law in 2000, and more accurately known as ‘conditional fee agreements’ or CFAs, these arrangements were designed to ensure easy access to the judicial system for those who could not afford it after the abolition of legal aid for compensation claims.

First of all it is important to understand what is meant by no-win, no-fee. Daytime television is awash with adverts offering these arrangements, but there are widespread misconceptions regarding their details. Essentially, a CFA means that the losing party will pay any costs incurred during a legal dispute. Thus, if you file a claim for compensation against a negligent driver and win, they will be responsible for paying your court costs. If, on the other hand, your case is not upheld, then you will be responsible for both your own costs and those incurred by the other party.

Clearly there are some appealing features of CFA. They do seem to offer an affordable means of making a claim, and so-called ‘claims management companies’ or ‘claims assessors’ will take much of the work involved in claiming off your hands. However, they have come in for serious criticism from a number of quarters.

The first and most important thing to remember about CFAs is that you will still be required to pay the other party’s costs if your case fails. While your solicitor or claims assessor will not charge a fee in the event of an unsuccessful case, the costs can still be extremely high. Indeed, this is where a significant portion of the criticism of these arrangements is directed.

In many cases, claims management companies will insist that clients take out an insurance policy in order to ensure that they are financially capable of meeting the costs in the event of failure. This is not in itself necessarily a bad idea, but many less scrupulous companies use this as a method of making more money.

Some management companies force clients to take out overly expensive policies with insurers with which they have a relationship. There have even been cases of individuals being pressured into taking out extortionate loans in order to pay their premiums.

Another serious drawback of CFAs concerns successful cases. As ‘no-win, no-fee’ cases present a higher risk to claims management companies, they often charge a ‘success rate’ on top of their normal charges. These fees are paid directly from the compensation award, meaning that many successful claimants have found themselves left with very little – in some cases, they have ended up owing the claims management company money.

The 2006 Compensation Act hoped to combat some of these problems by introducing the regulation of claims management companies. However, while the Act made registration compulsory and prohibited some high-pressure selling tactics, the fundamental character of CFAs has remained the same. As a result, if you are considering making a claim it is vitally important that you only deal with reputable claims management companies, and you ensure that you are fully cognizant of their charges and payment processes before entering into any sort of agreement.

What is Compensation and When Can I Claim?
Share Your Story, Join the Discussion or Seek Advice..
I was pressurised into buying a product that was sold to me with the understanding I had a 14 day cool off period. Which transpires not to be the case. I was lied to I am hearing impaired so I had my partner with me at the time and she also clarified what was said during the purchase. I have been advised my citizens advice to claim against the pressurised selling act. The bank have also stated to go down a no win no claim route.
Ant - 4-Oct-17 @ 1:28 PM
Title:
(never shown)
Firstname:
(never shown)
Surname:
(never shown)
Email:
(never shown)
Nickname:
(shown)
Comment:
Validate: