Home > Successful Claim Advice > The Pros and Cons of ADR

The Pros and Cons of ADR 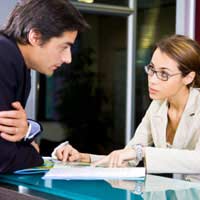 Alternative Dispute Resolution (or ADR) is a rapidly growing field within the justice sector. The Ministry of Justice has recently created plans to encourage its widespread use in civil disputes, and the number of professional ADR practitioners is steadily growing.

In brief, Alternative Dispute Resolution is a set of procedures through which it is hoped that a civil (as distinct from criminal) dispute can be settled without the need to go to court. ADR potentially applies most significantly to disputes between a consumer and a company, and takes several forms; the most common are conciliation, arbitration and mediation. Each of these has different characteristics, which are detailed in another article in this section.

ADR is currently very much in vogue within the criminal justice system. This is in part due to the fact that courts are over-subscribed and cases are therefore taking an increasingly long time to be heard. Furthermore, there is a sense that this over-crowding is partly due to the volume of cases being heard that could be resolved without the need for court action.

Alternative Dispute Resolution has, by definition, a number of significant advantages. In the first instance, few people (whether a complainant or the company in question) are likely to relish the possibility of a court appearance. ADR has the potential to remove the necessity for this, while still resolving the dispute effectively. This has advantages for all parties involved: the complainant is saved the stress of a formal court hearing; the company does not risk having their name tarnished in public; and the court service has time freed up to deal with cases that cannot be resolved in this way.

Court appearances can also be expensive, particularly now that legal aid is no longer available for compensation claims (as is discussed in an article regarding 'no win no fee' arrangements, elsewhere on this site). Some forms of ADR are entirely cost-free, and most will be less costly than a lawyer. Similarly, as Professor Hazel Genn's report of 1998 found, the use of ADR techniques tends to resolve disputes more quickly and more effectively than court action.

There are, however, some significant drawbacks to ADR. Primarily, it should be remembered that some forms of Alternative Dispute Resolution are legally binding on the complainant; if one of these procedures is used further court action is forbidden, even if the complainant is unhappy with the final decision. This can mean that there is no redress in cases where the case is not dealt with properly by the third party involved.

Furthermore, the claim that ADR is significantly less costly than court action has been disputed. When an ADR procedure that is not legally binding upon the complainant is used, but when the outcome is not to the complainant's satisfaction and court action is therefore taken anyway, the final costs can be significantly higher once the costs of the original ADR procedures have been factored in. However, Professor Genn also found that the courts are able to deal more quickly and effectively with cases that have already been through an ADR process, meaning that, even if the costs are initially higher, the final outcome might well be better.

If you are considering making use of ADR in a civil dispute, you may find it useful to read the related article elsewhere in this section. Furthermore, if your claim has a total value that is over the small claims limit (currently set at £5,000), you should consult a solicitor to ascertain the best course of action.