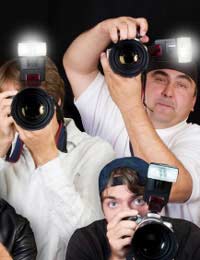 Mr. Smith was a proud, distinguished businessman who took great pride in his philanthropic gestures and his popularity in the local community. He ran several very successful companies and was a keen golfer. One Friday afternoon, after having won a lucrative contract with a Japanese financial institution, he took two of the executives to the golf course. While in the car park, he noticed a man taking photographs in the golf club car park but didn’t confront him because he didn’t want to embarrass himself or his new business associates.

On Sunday morning, Mrs. Smith went out for her usual morning jog and came back ashen faced, clutching a tabloid newspaper. On the front cover was an expose about Mr. Smith, which claimed that he had criminal underworld connections and was helping a number of high-profile villains launder money out of the UK. Mr. Smith was livid and immediately phoned his solicitor to seek advice.

The lawyer told Mr. Smith that in the UK libel laws are such that if they were to sue, it would be for the defence to prove that the allegations they had printed were true. Therefore Mr. Smith did not need to prove that the allegations are untrue. Mr. Smith knew that the newspaper stories were lies, and was baffled as to where they had come from. He was most concerned about the damage to his reputation, the effect that the newspaper article might have on his well-know associations with charities and the damage to his businesses.

Effects of the Article

Mr. Smith did not leave home for the rest of the weekend in order to avoid all the paparazzi that were at the entrance gates to his house. On Monday he battled through journalists, cameras and reporters to get into his office. The Japanese financial institution had learned of the newspaper story and had decided to pull out of the business deal.

Mr. Smith’s lawyer wrote to the newspaper to notify them that the story they published on Saturday was entirely false. He outlined the fact that his client’s reputation had been severely damaged and gave a detailed request regarding proof of the alleged facts in the article. The newspaper responded three days later stating that they were making further enquiries. Six days later, the newspaper sent a further letter stating that they believed the claims to be true and intended to defend themselves. The lawyer lodged proceedings in the high court, claiming £4,000,000 in damages for destroying Mr. Smith’s reputation, plus costs.

A month before the trial was due to commence the newspaper’s lawyers contacted Mr. Smith’s lawyer with a view to negotiating a settlement. The newspaper had conducted an internal investigation into the way in which the journalist obtained the information – which turned out to have originated from a disgruntled ex-employee of one of Mr. Smith’s companies. Mr. Smith’s lawyer advised him that he could legally pursue the employee for damages but there would be no point because he is unemployed and has no money. The newspaper offer £500,000 to Mr. Smith by way of a settlement, but Mr. Smith instructed his lawyer not to accept. A week before the trial, the newspaper offered £1m which Mr. Smith also declined.

When the newspaper offered £1.5m as a final offer his lawyer advised him to take the settlement. This would avoid the matter having to go to trial, and would also circumvent the negative publicity that was inevitable should the case actually end up in court. Sometimes, going to trial merely broadcasts the libellous comments to a wider audience and, if for any reason the claimant loses - even on a technical point, this can create the perception that the libellous remarks are in fact true. Although Mr. Smith was looking forward to his ‘day in court’ he was pleased that the defamatory material would not have to be repeated again by press reporting on the case.