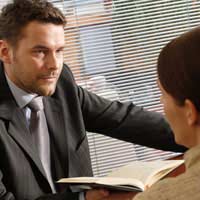 The individual’s right to claim compensation for injuries caused by the negligence of a party other than the victim is enshrined in British law. This right is not without qualification, however. One important such qualification is the restricted time period in which claims for compensation can be brought against the apparently negligent party.

Out of Court Settlement

The time limit within which an individual can bring a compensation claim depends upon the type of claim, and on the situation of the individual. In the majority of cases, compensation actions can be settled between the parties out of court, thus removing the necessity for a potentially lengthy legal process. In these circumstances the legal time limits may not apply, although it is likely that you will find that the negligent party will refuse to pay compensation even out of court if your complaint is lodged after the relevant time period.

Generally speaking, there is a three year limit in which compensation claims must be made. That is, you must begin legal proceedings within a three year period after the date of the original injury. In most cases this poses no problem; usually it is obvious when an injury has taken place, for example in a car crash or as a result of an occupational accident. If a claim is lodged after this period has expired, the court is likely to throw your case out by default.

Clearly, however, this time period can pose significant problems in some circumstances. In many cases, it is not clear that an injury sustained may lead to significant problems. A sprained ankle, for example, can sometimes become a chronic complaint which might have a significant impact on your life.

There are a number of exceptions to this rule. Primarily, the three year period will be suspended if the individual who suffered the injury was a minor at the time. In these cases, it will begin only when the victim reaches the age of 18, or 16 in Scotland. Similarly, the three year period is suspended indefinitely for those suffering from a mental disability, which is judged to have potentially had an impact on their knowledge of their condition or their ability to get redress.

The three year period is particularly important for sufferers of mesothelioma, a terminal disease caused by exposure to asbestos. This may not manifest itself until some years after the original incident, and so the three year limit begins from the date upon which it is ascertained that the condition was caused by the exposure.

Further information on mesothelioma is available in an article elsewhere on this site. The time period is also altered for cases in which the condition caused by the incident is fatal. In these situations the three years will begin either at the point of death, or from the date of knowledge if causation is only established after death.

Finally, it should be noted that the Criminal Injuries Compensation Authority (CICA) has a strict two year time period in which compensation claims can be brought for the victims of violent or sexual attacks. Again, further information on CICA is available elsewhere on this site.