Home > Fighting a Claim > Mitigation of Liability Through 'Contributory Negligence' 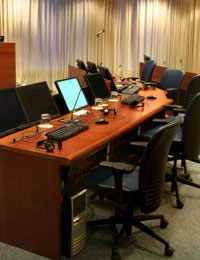 Defending a business from a claim of negligence for the injury, disease, or death of an employee is clearly not an activity which many employers would relish. However, it is important for all employers to have some knowledge of the legal system in order to ensure that they are prepared to defend themselves against incorrect or unsubstantiated claims.

Potential defences against occupational injury claims can be divided into two categories: complete and partial defences. The former, if successful, will entirely clear the employer of liability and thus ensure that no damages must be paid, while the latter will mitigate the employer's liability and thus reduce the total damages that must be paid. This article concerns mitigation of liability through contributory negligence, while another article in this section looks at the 'volenti non fit injuria', which is a complete defence.

The principle of contributory negligence was established in law in the Law Reform (Contributory Negligence) Act 1945. It deals with cases in which an injury is caused by the actions of two or more parties. In essence, the Act states that in these situations the liability must be divided between the parties, and that this should be done in a way that is commensurate with the blame attached to each of those parties. It follows that the liability for any damages awarded must also be divided in the same way.

Contributory negligence can be used as a defence in cases where both the employee and the employer are to blame for the injury. The most common situations in which this might apply are those where the employee has failed to abide by the statutory requirements that apply to them, while the employer was also at fault, for example by failing to provide adequate safety measures or sufficient training. If this claim is upheld by the court, the employer can suggest that any damages awarded to the complainant should be reduced by an amount that represents the portion of the blame assumed by the employee.

An example may help in explaining the principle of contributory negligence. The most common precedent cited in court in these cases is that of Uddin v. Associated Portland Cement Manufacturers Ltd. In this case, an employee was injured by machinery in a part of the factory in which he was not authorised to work. The employee sued the company for breaching safety regulations and won, but the court stated that the damages awarded to the complainant should be reduced by 80% in order to reflect the amount of blame assumed by the employee for straying outside of the area in which he was authorised to be.

Obviously, a contributory negligence defence should only be the first choice in instances where it is clear that the employee has failed to abide by their responsibilities. If the employer contends that they have, in fact, fulfilled all that is required of them then it may be possible to mount a defence of volenti fit non injuria in which the defendant may be acquitted completely.