Home > Financial Services > Claiming Against a Bank or Building Society

Claiming Against a Bank or Building Society 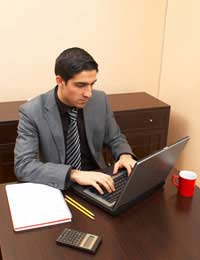 It is very rare for banks or building societies to become insolvent. As has been seen with the recent events surrounding Northern Rock, the government will always be reluctant to allow an individual such organisation to go bust as it undermines confidence in the banking system as a whole. In the unlikely event of such an insolvency, however, the Financial Services Compensation Scheme and the Financial Services Authority will be vital in assisting with any compensation claim.

When a bank or building society enters administration, an insolvency practitioner will be appointed to deal with the winding down of the company. It is the responsibility of this 'liquidator' to gather together all of the insolvent firm's assets. When this occurs, account holders will receive a letter from either the liquidator or the Financial Services Compensation Scheme (FSCS).

Each account holder will also be forwarded an application form, which they will need to fill in to begin their compensation claim. This form will include questions regarding the total amount that the account holder has lost as a result of the firm's insolvency, and a history of the account holder's dealings with the firm. If you think that you may have a valid claim against a bank or building society, but you have not been contacted by either the liquidator or the FSCS, you should contact the Scheme directly.

The Northern Rock saga directly led to a change in legislation regarding the amount of compensation that can be paid to those who lose money as a result of the insolvency of a bank or building society. Prior to 1st October 2007, the maximum award to those claiming compensation was £31,700, comprising 100% of the first £2,000 and 90% of the next £33,000. This remains the case for those who are claiming compensation against firms that were declared by the Scheme to be 'in default' (that is, unable to meet their compensation payments) prior to this date. If the bank or building society in question was declared to be in default after this date, however, the maximum amount that can be disbursed in a single payment is £35,000; the FSCS will pay back 100% of the first £35,000 owed, but 0% of any remaining balance.

It should also be remembered that the Scheme will consider any sums that are owed by the individual claiming compensation to the bank or building society. If, for example, you were to have a mortgage and a deposit account with the same firm, the Scheme will reduce the amount of compensation that it will pay by deducting the sum owing on the mortgage from the amount by which you were in credit in your account. While this may, on the surface, sound like a poor deal, you should remember that you will then not be paying interest on the amount that you owed to the bank or building society. On the other hand, this could present short-term cash-flow problems.

Finally, it is worth noting that any compensation claim will be handled differently if the firm in question was declared in default before 1st December 2001. These claims will be dealt with according to the Deposit Protection Scheme, although they will still be arranged by the FSCS. If this applies to you, you should contact the Scheme directly for more information.